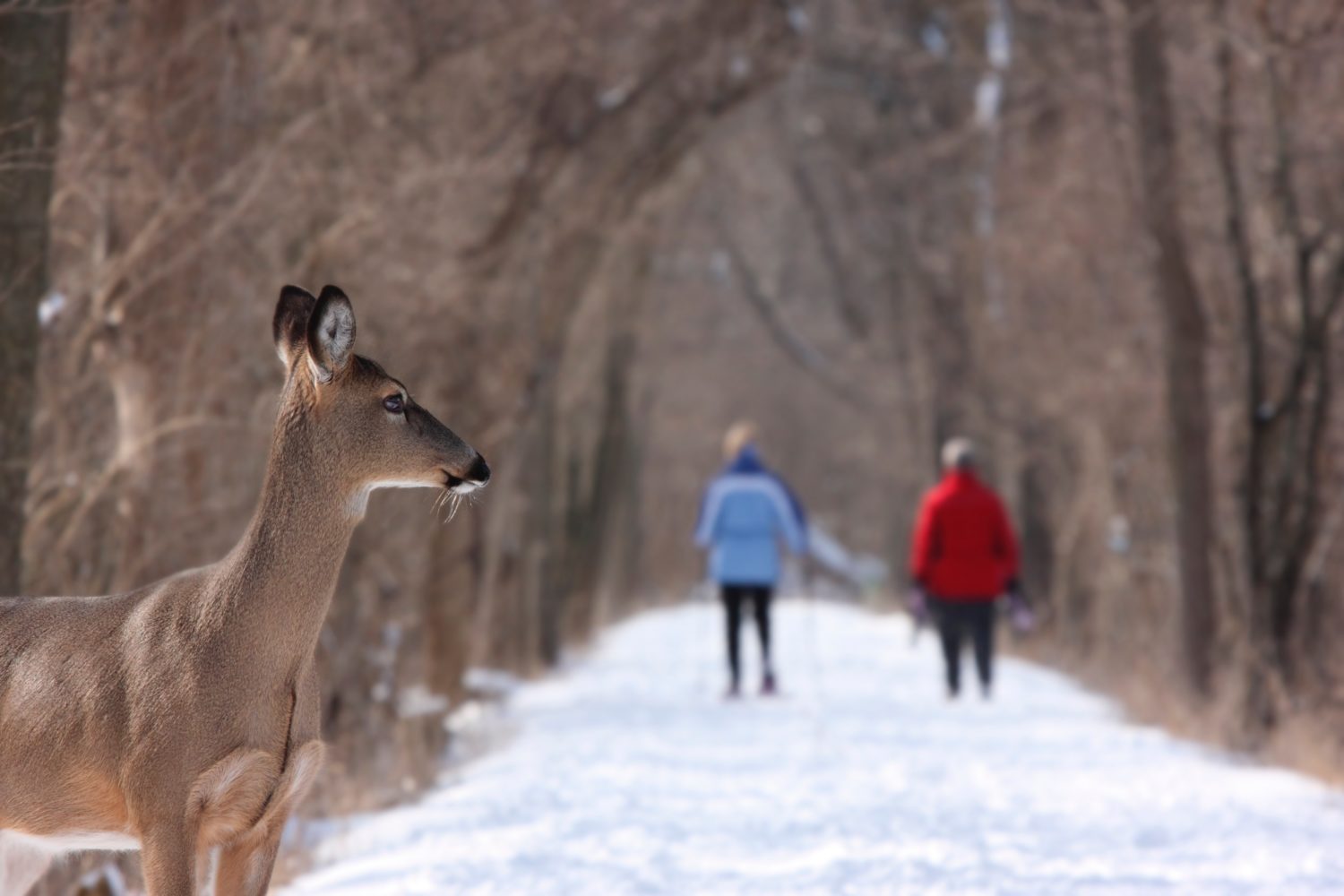 The art of successfully identifying animal footprints and animal tracks in snow and mud has been prevalent since our forefathers’ time. It was one of the principal ways the prehistoric hunter and gatherer sourced his food.

This ancient practice is still observed by hunters. It is also widely implemented in the fields of environmental conservation, scientific researches, law enforcement agencies, and wildlife management.

A skillful tracker is one who can effortlessly discern the type of animal with minimal spoor. Wild animal tracks in snow can be difficult to track due to its unstable nature. Their prints are much easier to track on mud, or wet sand as the shape of the foot stays solidly imprinted. Fresh prints are easier to track whether on snow, sand or mud.

Why is Animal Track Identification Important?

A straightforward answer is, to kill it. But that only applies if you are a hunter. Other reasons why animals paw prints identification is important includes:

How to Start Active Tracking of Animal Tracks?

Before you can start tracking animal paw prints in the wild, it is crucial to have a good knowledge of what to look for. An animal can leave a host of factors to indicate its presence. It could be a scent (which can be detected by good hunting dogs), footprints and disturbed or mauled vegetation. The most noticeable and common feature is the footprint. Understanding the pattern of the animal prints in snow, sand or any semi-solid surface is a great place to start.

There are four basic gait or walking patterns that are followed by a majority of the animals. They are:

These animals start by placing down their front feet firmly and executing a leaping motion. When they leap, the hind feet replace the forefeet in its exact place. They use this type of locomotion whether they move in a hurry or slowly.

The prints left by them are two paws that lie side by side. Weasels, otters, and wolverines exhibit this type of locomotion.

These animals have an exaggerated side to side motion. They typically possess roundish bodies with a lot of girths. As a result of this, their hind limbs rarely fall in the same place as the forefoot.

Their tracks are always a clear four-foot print. Animals which show this walking pattern include bears, raccoons, porcupines, badgers, skunk, and opossum.

Animals which have this type of locomotion rely on their hind feet to propel them into the air. To execute this, the hind limbs are placed exterior to, and a little ahead of the forelimbs. This allows the animal to leverage the hind legs and achieve the hopping or galloping pace. They employ the same technique irrespective of whether they move fast or slow.

Their prints have a unique ‘Y’ shaped pattern. It is exhibited by animals such as chipmunks, rodents, rabbits, hares, and squirrels.

These animals are also known as perfect walkers. They are so called as they have a leisurely gait. The practical reason behind this is that it allows them to conserve energy. The rear limbs fall precisely into the same place of the forelimbs in perfect synchronization. This leads to a distinct zigzag pattern on the substrate.

Animals that are perfect walkers are deer, bobcats, foxes, moose, and coyote.

What are the Characteristics of These Patterns?

Locating the animal footprints in the snow or any other substrate is the first step. Now you need to summon all your expertise and put your back into classifying and distinguishing the particular animal.

How do you achieve it? You use all your senses, literally. Animal tracking is a holistic activity. It requires your sense of touch, sight, and smell. Here are the distinctive characteristics that you need to identify.

Animal footprints in the snow or any soft surface will leave a clear imprint of the toes. Your ability to identify the animal based on the toe count is vital for a safe and successful hunting experience.

Animals in the feline and canine family have four toes while small mammals and bears have five toes. It can be confusing and tedious in the beginning. However, it becomes effortless as you gain experience and establish yourself.

The size of wild animal footprints (including mammal tracks) pertains to its length and its width. It is one of the primary things that can betray a lot about the very animal. While doing this, take the widest part of the track as your guideline.

Quite naturally, an adult animal will have a larger sized print than the young. However, the size of animals differs from one group to the other. A pup of a wolf can be as big as an adult fox. Therefore, having a well-informed knowledge of different characteristics is important in coming to the right conclusion.

The depth of an animal’s footprint is another revealing feature. More massive animals will leave a print that is more pronounced while a lighter animal may not.

Here it is noteworthy to mention that this is subjective to the softness and the hardness of the substrate.

Footprints accompanied by nails apply to felines and canines. But it can be accompanied by limitations. Wild dogs and canines typically leave nail prints unlike the felines. Conversely, cats will extend their nails while in danger or on high alert.

The stride of an animal’s print can tell the difference between two animals. It is measured as a distance between the heels of two feet.

A straddle measures the distance between the right heel and the left heel. It can also help to identify animals in the same family.

How to Distinguish Between Different Tracks?

Having a basic understanding of the patterns and its characteristics can only take you so far. If you are a serious hunter, an avid nature explorer or a frequent hiker, an in-depth knowledge can keep you safe or improve your game. This knowledge can also benefit you if you are a homemaker as well. You never know when a wild cat or some stray animal decides to visit your homestead, especially if you live in the countryside. So what are the basics of identifying animal tracks?

We are not talking about a housecat here. Because, very ironically, a housecat’s track is more identical to a dog’s. We are talking about the big cats; lynx, cougar, bobcat and such. These majestic cats have a track which is marked by three distinct lobes at the heel.

Although felines have five toes, only four of them manifests in its footprints. The tracks are more pronounced and molded than a canine’s. Among these cats, the cougar has the largest footprints. Do not confuse bobcat tracks in snow or mud with that of a fox or a coyote. They are deceivingly similar and can throw off even a seasoned tracker.

A lynx’s track is very similar to a cougar’s track but is slightly smoother and blurred around the ages.

Canine tracks are surprisingly slender and smaller than jungle feline’s and you can easily identify tracks in your backyard. A concave bottom renders a canine’s prints very distinctive. Nails or claws almost always accompany it.

Among the wild dogs, wolves have the largest prints while foxes have the smallest. Coyote tracks in the snow, as well as the footprints of a domestic dog, bear a striking resemblance. The only difference is that wild dogs try to conserve energy by walking in a straight line. On the other hand, a domesticated dog is more laid back and walks in a lazy zigzag pattern and couldn’t care less about reserving its energy.

With a human-like heel pad, chubby toes and massive paws, a bear’s track is impossible to miss even for a novice.

Animals with hooves leave a very clear print. Some of these hooves are roundish while others are curved leading to two distinct shapes in mud or snow – square shaped and heart shaped respectively.

The moose leaves the largest heart-shaped track. Deer tracks in snow also leave a heart-shaped footprint. Bison and cows leave roundish prints after them. Elk tracks in snow can appear similar to a deer’s or a moose’s track, although a little rounder.

Animals that climb rocks have longer hooves and footprints. Bighorn sheep and mountain goats have flexible toes to climb the mountainside quickly. The goats have prints with a ‘V’ shape at the top while the sheep have a more stout print.

Wild boars also have hooves similar to other herbivores. But their tracks are rounded, wide and much blunter than other animals track.

Majority of these smaller mammals possess five toes each on their front limb as well as the hind leg. These give their tracks a very humanoid appearance.

Raccoon tracks in snow, as well as opossum tracks, can look eerily like a human baby’s handprint. The only difference between these two animals is that opossum has an opposable thumb.

Hoppers such as rabbits rely on their hind legs for movement. The hind limbs are also positioned ahead of the forelimbs which makes their tracks have a distinctive Y shape.

Skunk tracks in snow are very distinct in that claws accompany it. It also has the same size as the rear and forelimbs.

Rodents consist of a large number of mammals, big and small. They also constitute a large variety of shapes, sizes, and habitats. They also posses differently sized forelimbs and hind limbs. The distinctive feature about their tracks is that the front tracks have four toes while the rear prints have five toes.

It can be a challenge to identify rodents’ such as beaver and weasel tracks as they are almost indiscernible. But others such as porcupines leave tracks that resemble pigeon toes. Squirrels tracks are very clear with four prints. Their tracks go from one tree to the next.

Rats and mouse hop with their larger hind legs placed slightly before the forelimbs. Their tracks are marked with numerous four prints followed by dragging tail.

Identifying bird tracks is relatively easy as they either live on the ground or trees. Ground dwellers have tracks that have an alternating pattern while tree dwellers leave tracks in pairs.

Birds such as crows have footprints that are slender and thin. Three toes point forwards while one points backward. Other ground birds may have only the forward facing toes which are three in number. These bird tracks are typically longer and more substantial than those of tree dwellers’.

Webbed birds such as ducks have the same track patterns as game birds such as a turkey. However, the webs render it very distinct. Waterbirds such as swans and ducks dawdle a lot, and therefore, their footprints can result in a maze or network of webbed feet.

After all, let’s check some examples and photos of animal tracks in snow.

Locating and analyzing animal tracks in snow, sand, or mud is more than an activity pursued by hunters – although it can be a game changer while hunting.

It is an activity that can be as thrilling as it is educational. It can teach values to young minds and bring people together irrespective of religion or political affiliations. Apart from the practical and communal aspect of it, it is one of the ways that can get you close to feeling that primal, survivalist experience.