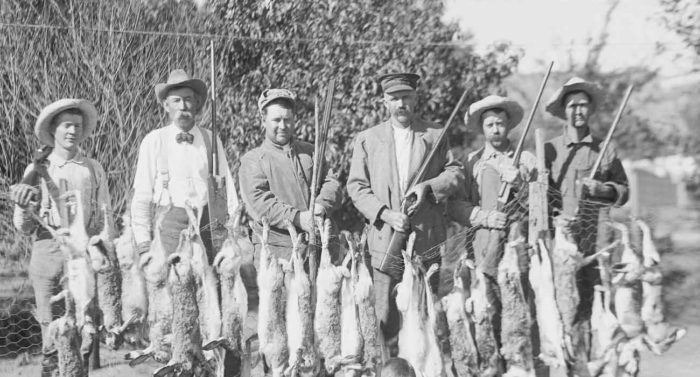 Rabbiting or also known as cottontail hunting and rabbit hunting is the name of the sport given for hunting rabbits. There are numerous methods used to hunt for rabbits. It includes shooting and trapping. At times, hunters are helped by the best hunting dogs or ferrets in tracking and chasing down the prey. If you are interested in rabbiting, well, you might want to check whether the place or country that you are with is permitting this type of sport, and how to skin a rabbit. Some states require the hunters to have hunting licenses and have rules regarding the hunting method that you should only do.

What are the Benefits of Hunting Rabbits?

As early as medieval times, the sport of hunting rabbit had been done. This mammal is hunted down or farm-raised for its tasty meat and fur. The rabbit’s meat is said to be a high source of protein and other minerals like potassium and phosphorous. It also contains low calories and has a great balance of fatty acids. This is the perfect meat for those who are craving for gourmet at the same time is watchful of their health.

Aside from the meat, rabbits are also hunted for its fur. Its fur is best known used for coat’s lining because of its warmth. It is used as dressing to shoes, gloves, and hats. Also, it is used in the making felt, for stuffing and beddings. With many uses, it is highly important for the hunter or for livestock owner to know the perfect way of getting the rabbit’s skin. Check the next paragraph to learn how to skin a rabbit.

Skinning a Rabbit: A Step-by-Step Guide

Skinning a rabbit can be a bit difficult for the timers, but it will just be easy as you follow the guides below and have respect for the skinning process.

Here are the following steps on how to skin a rabbit:

How to Skin a Rabbit: Videos

Here is I found one of the easiest ways to dressing and butchering a rabbit created by Justin Rosmalen:

Hunting down and butchering animals such as a rabbit is not an enjoyable act, to begin with. That is why, even as a butcher, you should still respect the value of where that meat came from. Don’t take animals for granted. Without these animals, people will not have meat for our consumption and fur for our clothes.

Here we put together advice from experienced hunters, so you can check them all to pick the best way to skin a rabbit:

From a hunting standpoint, I and my Grmpa would cut the skin from the throat along the belly, and cut past the genitals on both sides and around the anus, to the tail, and cut the tail at the base, but not separate from the hide. Then, we would split open the ribcage to the diaphragm, cut through that and separate the stomach muscles to reveal the innards down to the genital and anal area, which you carefully cut around. At this point, the entire digestive tract, from the throat to the anus, comes out as one, along with the lungs and kidneys. The heart and liver (and genitals and reproductive organs) typically dont get tangled up with this. We never kept any part of the digestive tract or genitals and RO, we just threw them up in the trees for the owls.

You can do this method by securing the hind legs in pretty much any way that allows you to work freely. It works great on squirrels and deer also.

From a farmers standpoint, my Great Uncle told me once that if you sufficiently stun or deaden the animal with a blow to the back of the head, you could then open the skin from the clavicle to the throat, secure the head backward from the throat and cut the throat to drain the blood. This would allow you to preserve all the fur, to sell if nothing else, and humanely dispatch the animal.

Just squeeze downwards to extract the proverbial. You then slit open from the bottom to the ribcage taking care not to puncture the internals. you can then either reach inside or flick out the intestines etc. you will probably need to fish out the heart and lungs. Skinning is pretty easy after that.

Charles, a Moderator of the Slingshotforum:

We ALWAYS gutted them as soon as they were killed … just slit the belly open with a pocket knife from the crotch to the breast bone. Then we just reached inside, grabbed the stuff and pulled it out. If we were hunting with dogs, the dogs just gobbled up everything, otherwise, we left the innards on the forest floor for other beasts to eat. Everyone I ever hunted with did the same.

So what do you think about the BEST way to skin a rabbit? Share your thoughts, I’ll be glad to see it and join in the discussion!