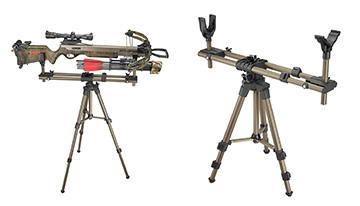 BEST RIFLE BIPOD BUYING GUIDE – WHAT TO LOOK FOR?

The Significance of the Right Bipod

The distinguishing features of a good bipod are its stability in the first place. It provides stability, and thanks to this, you can see the target and be sure to get into it. If you buy a low-quality bipod, you will waste your ammunition. In order to avoid the wrong choice, read reviews from real users. You can also buy the best bipod for long-range shooting represented in this rating because they are high quality and heavy enough. Before buying a bipod, be sure to pay attention to the following aspects: 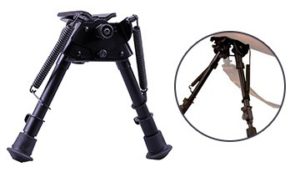 Usually, a good bipod is made of best quality aluminum. However, some models are made from polymer. Such bipods cannot boast reliability because they are fragile. Polymers may be present except in extra parts. However, the main body and legs should be made of aluminum and any heavy alloys because such devices provide not only support but also stability. The metal is stable, and the polymer cannot guarantee this.

Weight is the second important detail that you should pay attention to when buying the best bipod. Of course, many people want to get a lightweight option that is easy to carry. However, lightness does not mean stability. If your rifle is designed for firing from a bipod, you cannot save and choose polymeric materials. The weight must be heavier in order to ensure stability again. It all depends on the size and weight of your rifle. If it is light, you can choose a lighter bipod. Nevertheless, if your rifle is distinguished by a heavy weight, you should prefer a stable and rather heavy bipod.

The fastening of the weapon to the bipod is very important too. Prefer attachments with belts, swivels or adapters. Do not buy devices that are attached directly to the body of the rifle. This is fraught with loss of stability and dangerous situations.

If you shoot on an uneven surface, then you should choose the best bipod that has adjustable legs. This compensates for unevenness to ensure accuracy and stability. This way, you can shoot on any surface.

Panning rotates the bipod to the left and right. This is usually measured in degrees. This is a very important aspect if you are shooting at objects that move or animals. If you have the ability to pan, you do not need to move the bipod or rifle.

This is the ability to move up and down. This is common to panning because it also allows you to select a target. This is very convenient in case of compensation for extreme distances of the shot. Not every bipod has such features, especially since it affects the cost. However, if you choose such a device, it will be an additional bonus. Typically, tactical bipods can boast such characteristics. They are more expensive than other best devices on the market.

The dimensions of the legs are important when choosing a bipod. They are measured in inches. Bipod legs are as follows:

The best rifle bipod has a special construction, which helps the shooter to make a successful shot. The leader in our rating of the “Best rifle bipod 2020” is the Caldwell DeadShot FieldPod. This rifle bipod will be great for shooting for outdoor range and hunting. It is heavy enough and comfortable, made of quality materials, and will be a perfect companion for any shooting occasion.