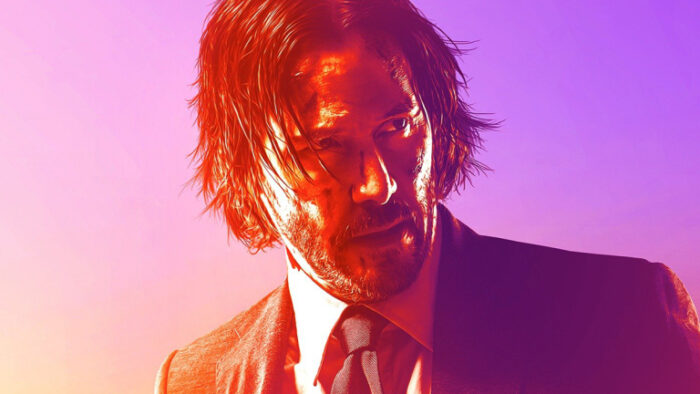 John Wick is an action-movie franchise that has gathered lots of loyal fans. The three films showcase awesome actors, cool cars, and of course, lots of powerful guns.

Imagine what it would feel to own the massive arsenal of John Wick weapons. Guns used in John Wick are some of the most awesome firearms ever made. They’re accurate, powerful, and incredibly lethal. Owning a few of these beautiful weapons can make you feel as fired-up and determined as Keanu Reeves in the title role. But unless you have a trained eye to spot weapon models, it’s not easy to tell which particular firearm sees action in a specific fast-paced scene. Well, that’s what we’ve decided to find out! With some time and research, we’ve created this little guide. Here you’ll learn about some of the most destructive guns from John Wick that you can purchase for your collection.

Overview of the John Wick Franchise

At the beginning of the first installment, the weapons of John Wick, a former hitman, are sealed away under his cellar floor. But after a trio of Russian gangsters kill his dog and steal his car, John digs out his firearms and sets on a quest for revenge. In the second film, John uses his lethal arsenal to honor an old dept and then shoots his way out of a $7 million bounty on his head. And in the third film, the bounty money gets raised to $14 million. The spectacular guns used in John Wick 3 make him a worthy opponent to all the assassins.

The franchise has been immensely well-received among moviegoers and critics. Thanks to the stellar performance of Keanu Reeves as John Wick and the impressive action sequences, the three movies of the franchise have a total box office of over $500 million. And a big part of the popularity comes from John skillfully using various guns to fight off his enemies. So what are those weapons? Let’s take a look!

What Pistol Does John Wick Use

The Pocket Hammerless Colt Model 1903 is a John Wick Pistol that he gets in part 3 from the Continental Hotel’s war room. This mechanically simple, but reliable pistol is a .32 caliber self-loading firearm. Withdrawing the Colt 1903 is smooth and quick due to the hammerless design (the hammer is hidden from the view). 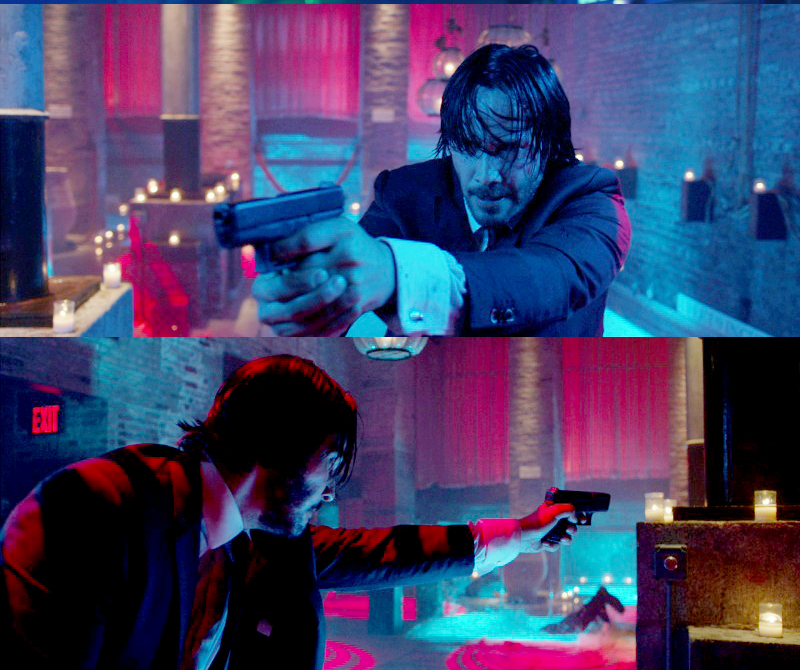 In the first film, John uses the Glock 26 at the shootout at the Red Circle club. This steady and powerful John Wick gun also appears in the second episode. The cool thing about this nifty little gun is that it’s specifically designed for concealed carry and has shortened pistol grip. 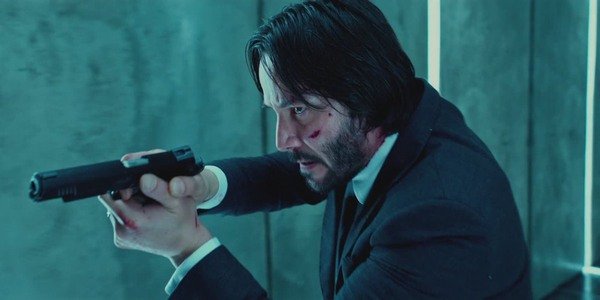 John gets his Kimber M1911 after returning to New York in part 2 and meeting a mysterious crime boss known as The Bowery King. The M1911 is not a typical John Wick handgun, though. The magazine has no more than seven rounds. But the five-inch barrel, the steel frame, and the .45 ACP chamber make the gun as deadly as any other.

Wick’s final and primary target in the first film, Iosef Tarasov, is unsafe even at a safehouse. Because John’s coming after him with a DTA Stealth Recon Scout. This sniper rifle is super compact thanks to the unique bullpup design (the bolt and the magazine are both behind the grip), increasing the weapon’s stability in the hand. Lapua Magnum .338 rounds are the most commonly used cartridge for this gun. But you can also fire 308 rifle Winchester rounds with it.

Wick picks the Taran Ultralight Rifle from Sommelier in Rome to assassinate mafia boss Santino D’Antonio’s sister. The custom rifle comes with a Trijicon Accupoint scope equipped with a reflex sight for aiming with both eyes open.

John ambushes his enemies in a Russian church with a Coharie Arms CA 415. This assault rifle is 36.9 inches long with a barrel length of 16.5 inches. That’s a long barrel that improves your shot accuracy. Plus, it weighs only 6.5 lbs. So you can easily set this light John Wick gun on a rifle bipod for more stability.

The Mighty Shotguns of John Wick

What gun does John Wick use in the second movie, in the catacombs? It’s a customized Benelli M4 Super 90 shotgun. This John Wick gun has modifications like stippling on the grip and stock, a custom bolt, and even a custom trigger job. The gun comes with a wide loading port, which makes loading the gun much easier. With a little practice, you can become as fast as John Wick at it. 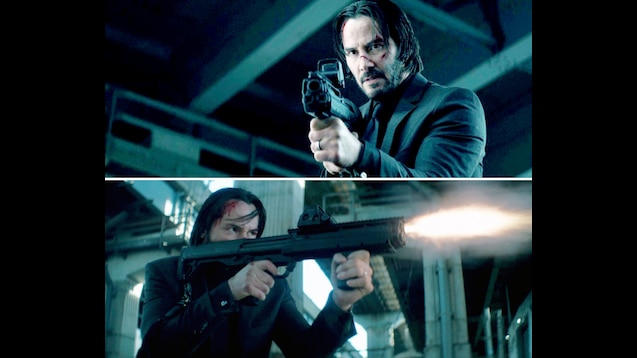 Now, you may be wondering – what guns did John Wick use in the warehouse shootout? – And that is a Kel-Tec KSG shotgun from one of his captors. This bullpup pump-action shotgun has a clever design that makes it way shorter than any other shotgun out there. It can come in handy when defending your home because you don’t have to worry about the barrel showing when you come around a corner.

John Wick is expertly handling all the amazing guns in the movies. And the action is fun to watch. But all of the guns in the three films are also incredibly powerful. Owning a few of them would be a worthy investment that keeps your family safe and protects your home. What could be more important?

So, with that said, what are your favorite guns used in John Wick? Have you had any experience with some of these guns already? Feel free to share it with us in the comments!